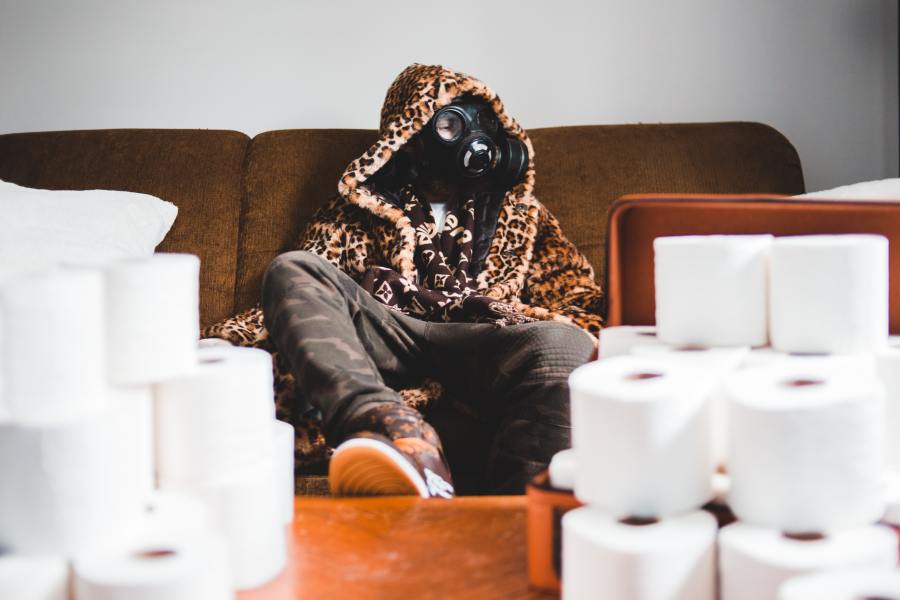 What do you do when the experts writing the news aren’t experts and can’t write?

In today’s Apple news alert, titled “More grim milestones for the U.S.,” bullet point No. 1 was pulled from an article in the Los Angeles Times: “More Americans have died from COVID-19 than in the Vietnam War … Meanwhile, confirmed cases in the U.S. topped 1 million.”

Yes, the news does seem grim, but it’s also the kind of duplicitous wordplay journalists have been engaged in all pandemic long. Let’s start with that first point, about the Vietnam War death toll compared with COVID-19 fatalities. According to the L.A. Times, NPR, CNN, MarketWatch, Mother Jones and a host of other click-hungry media outlets, 58,220 Americans died during the Vietnam War and as of today, the U.S. death toll has reached 58,365.

Strictly examining the numbers, the statement is true. However, here are other statements that can be made that are just as true and just as tragic:

Contrasting lives lost during the Vietnam War to the COVID-19 death toll is effective as a narrative mechanism to understand scope, perhaps, but it’s also irresponsibly arbitrary. Why not use the Civil War as a barometer, when an estimated 215,000 lives were lost? By that morbid gauge, we are nowhere near the amount of deaths resulting from those terrible, bloody battles.

And what about the number provided – 58,365? Can we really trust in its validity? Shadowy doubt can be thrown at this figure, too, especially when new information has come to light about the classification of COVID-19 deaths.

In a video public health officials were suspiciously quick to dismiss, Drs. Dan Erickson and Artin Massihi, co-owners of Accelerated Urgent Care in Bakersfield, Calif., examined data – “millions of cases, small amount of deaths” – during a press conference lasting exactly one hour and nine minutes. (A related note on the state of our free press: YouTube announced it removed the video, citing it as “flagged content that violate our Community Guidelines.” Also relatedly, Google owns YouTube and employees have anonymously yet publicly voiced concerns surrounding the company’s close ties to China, particularly as they relate to Google’s plan to launch a censored search engine for China.)

Anyway, over the span of those 69 minutes, the Drs. examined findings from their own testing and extrapolated the numbers over the state of California to arrive at a death rate of about 0.3%. They also examined death tolls from around the world, notably Sweden versus Norway, the former country exercising little to no social distancing or business shutdowns, the latter country collectively sheltering in place. From a statistical standpoint, the death rate differences in the two countries, with same climate and same way of life, were marginal.

Beyond the de-bunking of the CDC and WHO’s theoretical erroneousness, they also said even those deaths classified as COVID-19 come into question when you factor in co-morbidities, which any doctor would rightly do. With widespread cases (by Apple’s own alert, the number in the U.S. is beyond 1 million), it’s possible any patient with a life-threatening illness also had COVID-19, though the coronavirus did not ultimately contribute to their death. Plus, while the CDC allows doctors to classify COVID-19 deaths based on “suspicion” of the virus rather than on performing an actual test, it’s virtually impossible to separate flu cases from COVID-19 cases from cases that have nothing to do with either of those things.

Dr. Fauci and his crew of motley scientists have already proven their absolute ineptitude with deciphering predictive models, though they are experts at delivering foreboding false reports (200,000 deaths?). It’s not only likely but also probable Fauci and his “fact finders” are wrong about this death toll.

Finally, let’s talk about the 1 million cases number that Apple labeled as part of its “grim” news update, though really, it’s not so grim. Think about this figure in terms of simple math: To arrive at the death rate, we divide the number of deaths (numerator) by the total number of known cases (denominator). If the denominator is going up at a greater rate than the numerator, this lowers the overall death rate in the U.S. More known cases, less fatalities, lower and lower death rate.

Conspicuously missing from Apple’s news report? The number of domestic violence cases that has truly surged since stay at home orders and lockdowns were enacted – 31 million new reports, says CBS. The number of child abuse cases has also increased – the Rape, Abuse and Incest National Network, according to NPR, had a 22% rise in monthly calls from people younger than 18. Or what about the number of small businesses forced to shut down indefinitely? The number of newly unemployed workers nationwide? Furloughed Americans? Industries (like restaurants, bars, entertainment venues) that will take months or years to recover? The COVID-19 Information Center announced today the U.S. economy shrunk 4.8% in the first quarter, the biggest contraction since 2008.

No matter how you spin it, journalists’ penchant for warping half-truths and slathering dramatic adjectives onto lies is nothing new, but during a global pandemic the practice isn’t just thoughtless, it’s wrong. Maybe the new slogan of this coronavirus age can be applied to our media elite. A public health guideline for those reporters in the terrible business of truth-twisting: stop writing, stay home.